The London Mayoral Elections: What to Expect 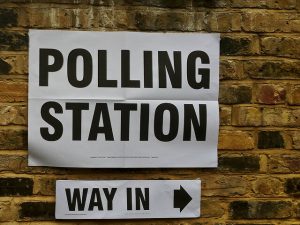 On 5 May London goes to the polls and will elect a new Mayor of London. So far Londoners have remained largely apathetic to the ongoing campaigns. Overshadowed by the hype surrounding the EU referendum (held just a month later), and lacking the larger than life personalities of previous mayoral elections (Boris and Ken, anyone?) many Londoners have so far failed to be inspired.

Sadiq Khan, the Labour candidate and MP for Tooting, looks on course to win the Mayoralty comfortably. However, rather than voting for him personally, polling suggests that Londoners are making their decision based on pre-existing party allegiances.

Turnout could therefore bring about surprises: it is expected to be significantly lower than in previous elections, (the record turnout was 45% in 2008), and a low turnout could favour the Conservative candidate Zac Goldsmith.

Despite this, the job of Mayor of London is an important one, and shouldn’t be underestimated. The Mayor runs an economy bigger than most European countries, with a budget bigger than most Government departments. He is responsible for many of the things most important to Londoners, such as TFL, London policing, housing and the environment. Because of this, it is well worth Londoners, and London’s businesses, engaging in the process of electing their mayor and understanding what a Zac or Sadiq victory could mean for them.

Sadiq Khan is a former human rights solicitor who is proud of his London roots. He never fails to mention that his dad was a bus driver, and this down to earth image has contributed to Londoner’s finding him to be easier to identify with than his Tory rival.

Sadiq’s flagship policies have included freezing TFL fares at 2016 prices until 2020, setting a target that 50% of homes being built should be affordable, and making London safer. He has also said that he wants to be the most pro-business mayor yet, putting him at odds with the Labour Party’s current image under Corbyn.

Sadiq is more media savvy than Zac but has been criticised as being ‘policy-lite’ notably being unable to account for the £1.9 bn blackhole in his transport budget, and changing his position on airport expansion.

Zac was also born in London, but in completely differing circumstances. His father is billionaire James Goldsmith, and he attended Eton College before becoming editor of Ecologist Magazine.

Despite being elected as the Conservative MP for Richmond Park, Zac is notably more liberal than most of his colleagues – he is passionate about environmentalism and direct democracy (he even ran a referendum in his constituency to ask for his constituent’s consent for him to run to become Mayor of London).

Zac has promised to double new home building in London to 50,000 per year by 2020, to create half a million more jobs, and to protect green spaces. Controversially for a city as outward facing as London, he is in favour of Britain leaving the EU.

In terms of what a Goldsmith/Khan mayoralty will mean for business, both candidates have been determined to stress how pro-business they are. Sadiq has pledged to be “the most pro-business mayor yet”, stressing his opposition to Corbyn’s anti-business image. Amongst his key policies, he has said that he will involve businesses in decision making on key issues, will challenge visa rules to allow businesses to bring in top talent from abroad, and will seek additional fundraising powers from the Government for major infrastructure projects.

However, it is Zac who will be seen as the safer hands in this area, with Britain having a Conservative Government until at least 2020, allowing him to work more naturally with Downing Street. This was a point that was emphasised recently when Downing Street committed to the devolution of the Overground to TFL, something Zac had been campaigning for. Zac has also pledged to set up a new Business Advisory Group with representatives from the Business community, to fix patchy broadband, and to promote the night time economy.

Although both men are less well known that their predecessors, both candidates are known to stray from the Party line occasionally. Famously, Zac Goldsmith pioneered a stronger Bill to recall MPs against the Conservative Party whips and has been consistently popular in his constituency. Sadiq is one of the Labour MP’s who nominated Corbyn for Party leader, but has since distanced himself from the current Labour leadership. It’s safe to assume that both candidates will be their own man if elected.

Ultimately, Londoners will wake up on May 6th to a new era. Without a strong character like Boris, but with predictions of a global recession approaching as well as possible Brexit on the horizon, who they choose to run the capital is likely to be of great significance. The start-ups at the forefront of China's AI dominance